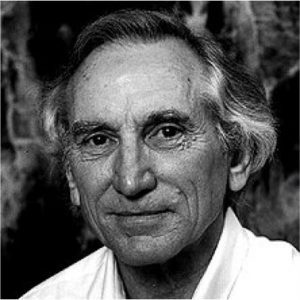 On December 17, 2013, the Johns Hopkins University Department of Earth and Planetary Sciences lost a venerable and beloved faculty member, Lawrence “Lawrie” Alexander Hardie, professor emeritus of geochemistry and sedimentology. For nearly 50 years, Lawrie Hardie inspired students and colleagues at Johns Hopkins through his devotion to science, his personal integrity, and his commitment to the welfare of others.

Lawrie was born in Durban, South Africa, on January 13, 1933. His formative years were influenced by his family’s tenuous financial conditions as well as the social and political upheavals in his home country. Lawrie attended University of Natal as an undergraduate, where he was inspired to switch from chemistry to geology after attending lectures by the eminent South African geologist Lester King. In 1960 he began his PhD in geology at Johns Hopkins, studying with sedimentologist Francis Pettijohn and geochemist Hans Eugster. The following year Lawrie married Glenys Kathleen Smith in Durban and shortly thereafter the couple returned to Baltimore, both ultimately becoming U.S. citizens.

Lawrie completed his PhD in 1965 and joined the Hopkins faculty as an assistant professor in 1965, rising through the ranks to full professor in 1974. He served as chairman of the department from 1992 to 1995, and again in 2006. By his retirement in 2007, Lawrie had mentored more than 30 Hopkins PhD students, many of them having since gone on to leadership positions in academia, industry, and government.

Lawrie was internationally known for his deep insight into geological processes. His comprehensive study of evaporite sediments led to the hypothesis, since verified, that seawater has undergone long-term variations in its major ion composition. He also demonstrated that these seawater variations are linked to plate tectonic processes at mid-ocean ridges. Together, these revolutionized the study of calcifying marine organisms and their role in the global carbon cycle. In recognition, he was awarded in 2003 the Francis J. Pettijohn Medal for Excellence by the Society for Sedimentary Geology.

Lawrie Hardie made invaluable contributions to the educational mission of Johns Hopkins, by taking undergraduate students out of the classroom and into the field, allowing them to witness geologic processes firsthand at far-flung locations such as the Florida Keys, the Gulf of California, the Dolomite Alps, and the Atlantic Barrier Islands. He also taught geology in the evening college for many years.

Along with his wife Glenys Hardie of Seaside, CA, and his two children, Debbie Buettner and Russell Hardie, Lawrie is survived by five grandchildren. A memorial service is planned for spring 2014 in Maryland. Friends and colleagues are encouraged to contact the JHU Department of Earth and Planetary Sciences for additional information.