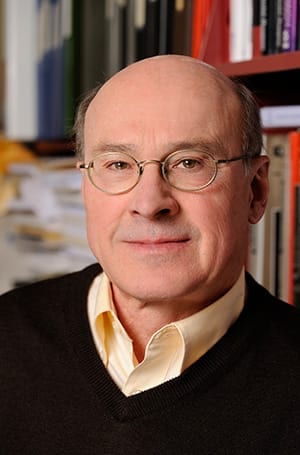 After 35 years, Professor Darrell Strobel retired as a full-time professor in 2019. He now holds Academy and Research Professor appointments in the Department of Earth and Planetary Sciences, jointly in the Department of Physics and Astronomy, and is on the principal professional staff of Hopkins Applied Physics Laboratory.  Prof. Strobel is the author of more than 230 journal publications and 25 book chapters.

Professor Darrell Strobel’s educational background is in physics and he specializes in planetary atmospheres and solar system astrophysics. He studies a broad range of fundamental problems in atmospheric chemistry, dynamics, and radiation pertinent to the atmospheres of the giant planets and their satellites with the goal to understand the global structure of composition, pressure, temperature, and winds. Current interests are magnetospheric plasma interactions with the extended atmospheres of Titan, Triton, and the Galilean satellites (Io, Europa, and Ganymede) and the mass loading rates of the parent planets' magnetospheres.

Prof. Strobel was a Co-Investigator on the UV Spectrometer Experiment on the Voyager Mission’s grand tour of the outer solar system. He serves as a Co-I on observational programs with the Hubble Space Telescope (HST) of Jupiter, its Io plasma torus, and the Galilean satellites.  As the Cassini Mission Orbiter Interdisciplinary Scientist for Aeronomy and Solar Wind Interaction, he was involved in analysis and interpretation of data acquired on the orbital tour of the Saturnian system, which started in July 2004 and ended with the Cassini spacecraft’s final plunge into Saturn’s atmosphere on 15 September 2017 after “The Grand Finale” last five low orbits flying through the upper atmosphere of Saturn. He served as a Co-I on the New Horizons Pluto Kuiper-belt Mission, which was launched on January 19, 2006, and flew by Pluto on 14 July 2015, and has been actively involved in atmospheric modeling and interpretation of virtually all measurements obtained by the atmospheres team, especially the density and thermal structure of the atmosphere, the escape rates of N2 and CH4, a gravity wave model to account for the layering of the haze, upper limit to the ionosphere, and the slowing down of the solar wind by escaping CH4.